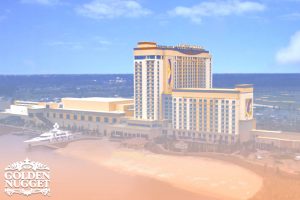 Texas billionaire businessman Tilman Fertitta is considering taking a significant part of his casino and dining businesses public to take advantage of the recent rally in equity markets, Bloomberg reported on Tuesday.

Citing people with knowledge of the matter, the business news outlet noted that Mr. Fertitta has not made up his mind yet and discussions over a possible initial public offering are in preliminary stages.

Mr. Fertitta is the owner of the Golden Nugget casino empire. The company owns and operates five casinos in four US states. It runs two gambling venues in Nevada, one of which in Las Vegas, one property in New Jersey, one in Mississippi, and one in Louisiana.

What an IPO Could Include?

According to sources familiar with the ongoing discussions, an IPO could include several Golden Nugget casinos and a number of Landry’s-managed restaurants that would see the company be valued at several billions of dollars. One person said that Mr. Fertitta would retain control of his company through a stake of well over 50%.

The IPO would not include other assets owned by the Texas billionaire such as NBA franchise Houston Rockets.

Fertitta has over the years relied heavily on debt to grow his many companies. However, the Covid-19 pandemic and the disruptions it has been causing has forced the businessman to look for other sources of funds in order to be able to keep his business empire afloat.

Last week, the SPAC merger won approval from New Jersey gaming regulators, but is still subject to shareholder approval and other conditions.

Mr. Fertitta laid off 45,000 workers in March when the pandemic had just hit, saying that he had learned from previous financial crashes that he should not hold off cutting jobs. He elaborated that “you’re doing your people a favor if you get them furloughed first, because you have them first to the unemployment line after the severance that you give them.”

The massive cuts helped his casinos and other business ventures to somewhat absorb the impact of the Covid-19 crisis better than originally expected, people close to the businessman told Bloomberg.

As mentioned above, listing a stake in some of his businesses could enable the billionaire businessman to take advantage of the surging investor appetite for new equity offerings. This in turn could help Mr. Fertitta pay down debt.