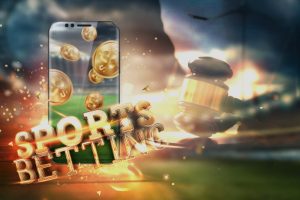 Gambling advocates in the New York Legislature eye a new push for legal mobile betting and are optimistic that their renewed effort could gain traction this time after previous unsuccessful attempts.

State Senator Joseph Addabbo and Assemblyman J. Gary Pretlow, the leading proponents of expanded sports gambling in New York in their respective chambers, said during the Betting on Sports America 2020 digital conference that the Legislature could churn out mobile wagering-focused legislation by the end of the year.

Retail sports betting was approved by New York voters back in 2013 as part of a Gov. Andrew Cuomo-backed constitutional amendment that authorized up to four upstate commercial casinos. Athletic gambling went live at sportsbooks at these casinos in 2019.

However, with Gov. Cuomo traditionally being reluctant to rubber-stamp any form of gambling expansion, mobile betting has remained off the menu.

Sen. Addabbo and Assemblyman Pretlow are optimistic this might change soon. The two lawmakers said that as the state is facing a multibillion-dollar budget deficit, new revenue sources will be badly needed.

They also rekindled hopes for legal mobile betting saying that a measure authorizing the practice could pass out of the state Legislature by the end of the year. Assemblyman Pretlow noted that Assembly Speaker Carl Heastie has revealed plans to add sports betting to the provisions of a revenue bill that will be tabled later this month.

The long-time mobile betting proponent further elaborated during the Betting on Sports America conference that took place earlier this week that both Assembly and Senate lawmakers will introduce mobile wagering initiatives in their 2021 budged proposals, if such initiatives fail to gain traction during revenue bill discussions this year.

Mobile Betting Could Still Be a Hard Sell for NY Governor

Assemblyman Pretlow said this week that his colleagues in the Legislature know that the state needs new revenues and he does not think mobile betting would be a hard sell with its potential to generate tens of millions of dollars in additional tax money.

The Assemblyman and his Senate colleague Addabbo believe that the coronavirus crisis that has thinned New York’s coffers and the state’s response to it could be the key to finally legalizing digital betting.

However, Gov. Cuomo’s stance on the matter is still unknown and the state’s top official could once again put up resistance against the legalization of mobile betting. He previously stated that sports betting did not have that much potential to turn into a source of significant new revenue and he is likely to still nurture this idea.

The Democratic-controlled Legislature could override a potential mobile betting veto from their fellow Democrat, Gov. Cuomo. However, Sen. Addabbo said lawmakers want to avoid clashing with the state’s top official and instead work in collaboration with him.

And even if they manage to get Gov. Cuomo on board, lawmakers in the two chambers of the Legislature will still have to iron out key differences between themselves. These include mobile betting taxation, operator access, and license availability, among other regulatory measures that are prone to create disturbances even in the merriest legislative scenarios.

Even Sen. Addabbo and Assemblyman Pretlow do not have an accord over the number of online betting licenses, also known as skins, for retail wagering partners.

Neighboring New Jersey has been breaking betting handle records for several months now, with a large portion of wagers coming from New Yorkers. It is believed that with its large population, trailing only California, Texas, and Florida, and rich sports heritage, New York is in a great position to become the new epicenter of legal digital betting in the US.