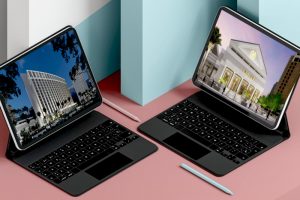 The casino-hotel complex will be rebranded as Caesars New Orleans and will be the company’s flagship property in Louisiana.

The expansion project also includes new culinary and hospitality experiences within the gambling venue. Additional development will take place at an unoccupied area on the casino’s second floor. Caesars further unveiled plans for full facade and interior architectural and design enhancements at the property.

Caesars first pitched its plan for a new hotel at its New Orleans property in 2018. The project required approval from Louisiana lawmakers. The state Legislature last year granted a 30-year casino license extension to Harrah’s New Orleans in exchange for $325 million in property upgrades.

The casino’s operating license is now valid through 2054. Its parent company was required to build a new hotel, add new dining and entertainment options and create at least 600 construction jobs and 500 permanent job positions.

Caesars expects to complete the expansion and renovation of its New Orleans property by 2024.

A Testament to Continued Commitment

Commenting on their recently unveiled expansion plan, Caesars CEO Tom Reeg said that they are excited to introduce the Caesars brand to New Orleans and that their investment is a testament to their continued commitment to the property and the city.

City Mayor LaToya Cantrell said that they are “excited that this expansion will mean hundreds of construction jobs during the project and hundreds more in sustainable and new jobs post-construction” and that the addition of Caesars-branded will strengthen the New Orleans’ position as “the top cultural and entertainment destination city in the nation.”

While Caesars is set to soon start work on renovating its New Orleans property, the company is selling most of its other casinos in Louisiana. It announced earlier this month that it has entered into a definitive agreement to sell its Belle of Baton Rouge riverboat casino to CQ Holding Company, Inc. (Casino Queen) for an undisclosed amount.

Caesars was hit with heavy criticism by Louisiana casino regulators over the state of its Belle Rouge property which is so decrepit that company bosses even chose to stay at a different hotel during a city visit earlier this year.