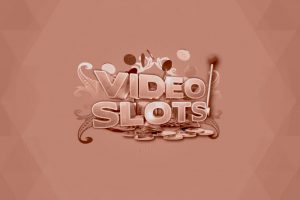 Casino games maker BF Games has launched its games library with Videoslots in the latest move that strengthens significantly the operator’s offering.

A recently penned content supply deal between BF Games and Videoslots has seen the provider integrate its best performing titles such as Stunning Hot, Crystal Mania, and Book of Games as well as other popular games with the online gambling operator.

Videoslots boasts one of the biggest and most diverse slots lobbies in the industry with several thousands of gaming titles from hundreds of top providers. The integration of BF Games content with Videoslots was carried out via Relax Gaming.

Videoslots players are also set to gain access to BF Games’ Remastered slots series which features revamped and enhanced versions of some of the studio’s most popular online slots.

This is the latest slots supply deal announced by Videoslots in recent weeks. The major iGaming operator announced earlier this month that it is set to soon add games by up-and-coming game development studio Arcadem to its existing offering.

Under the terms of that earlier deal, Videoslots will first launch Arcadem’s Evil Elf: The Night Before Christmas slot and will roll out more games crafted by the studio in the first days of 2021.

Commenting on their link-up with BF Games, Videoslots Head of Commercials William Ahlberg said that the studio has been consistent in producing good games and that the variety of its library will make for a great addition to the slots operator’s existing games portfolio.

Mr. Ahlberg went on to say that they are all also looking forward to seeing what new titles BF Games will release in the new year as they look to grow their player offering even more.

BF Games Head of Business Development Claudia Melcaru said that their new partner, Videoslots, “has quite rightly earned a reputation as the go-to casino for slots entertainment” with its unrivaled catalog.

Ms. Melcaru added that it feels great that as a studio they have now taken their place among the other great content that Videoslots has on offer in its lobby and that they are excited about being able to present their titles to Videoslots’ “discerning customers.”

It has been a big year for BF Games as the studio has been able to expand its presence in its existing as well as in several new markets. In August, the company announced a partnership with French gambling group Betclic that secured it with access to the Portuguese iGaming market.

It was in August again when BF Games celebrated its debut in Latvia through a link-up with major local operator Klondaika. Over the past several months, BF Games has also been able to debut its content in Lithuania and Romania and cement its presence in Georgia through partnerships with major players in these markets.