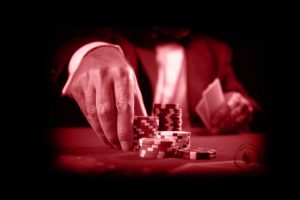 Atlantic City will have two operational poker rooms before the end of the year as casino operator Caesars Entertainment Inc. is gearing up preparations to reopen the poker area at its Harrah’s Atlantic City property.

Harrah’s poker room, which is branded World Series of Poker, will welcome back fans of live poker on December 26, a spokesperson for Caesars announced Monday.

The space will be open daily from noon to 4 am local time. The poker room will operate with certain restrictions and measures in place to ensure that players are protected from being exposed to the coronavirus.

Seating will be limited to eight people per table and there will be plexiglass dividers installed at each poker table to separate players. Masks and other face coverings will be mandatory at Harrah’s poker room just as anywhere inside any Atlantic City casino.

The World Series of Poker room is set to resume operations nine months after New Jersey’s gambling venues were ordered to close as part of the state’s efforts to abort the spread of the coronavirus. Atlantic City’s nine casinos gradually started reopening in early July but have operated at limited capacity since then.

The Destination for Poker in AC

Commenting on the planned reopening of the Harrah’s poker room, Harrah’s and Caesars Atlantic City Senior Vice President and General Manager Ron Baumann said that they are thrilled to reopen the space in time for the new year and that the poker facility will “serve as the destination for poker in Atlantic City at our Caesars Entertainment resorts.”

Mr. Baumann also said that their team has worked diligently in the last several months to ensure that they have “enhanced health and safety measures in place, so both our players and team members can feel confident when they play at Harrah’s.”

A spokesperson for Caesars said that the casino giant does not have plans to reopen its poker room at Tropicana Atlantic City at this time. Caesars became the owner of Tropicana this summer when a $17.3 billion combination between the property’s former owner, Eldorado Resorts, and the old Caesars was finalized.

Atlantic City’s highest grossing casino, Borgata Hotel Casino & Spa, was the first of the city’s gambling venues to reopen its poker room. It resumed operations October 21. With 77 tables, the poker room at the Borgata is the largest in the city and one of the largest in the United States. It was reopened in October with just 30 spaced-out tables.

The city has five poker rooms, the ones at Harrah’s and the Borgata as well as at Bally’s Atlantic City, Golden Nugget Atlantic City, and Tropicana. It is unknown when the other three will resume live play.