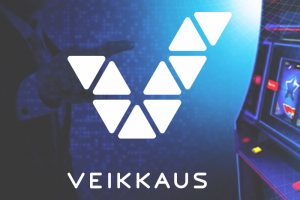 Veikkaus, the only entity authorized to provide gambling services in Finland, confirmed this week that it will roll out the previously announced compulsory identification verification controls across its network of slot machines on January 12, 2021.

Under Finland’s amended Lotteries Act, mandatory ID verification for slot machine players was supposed to be implemented from 2023. However, following pressure that it should strengthen its responsible gambling policies, Veikkaus revised its plans and committed to introducing the measures at the end of January 2021.

The company has now said that it would be able to complete the task a few weeks earlier than expected.

The mandatory ID verification will require slot machine players to identify themselves every time they want to play with the Veikkaus player card, an approved mobile app, or a bank card that is connected to the company’s database. The new measures will also enable players to self-exclude from gambling across Veikkaus’ slot machines estate.

The Finnish gambling operator said previously that the new ID verification controls would help it build a gaming environment that would make it possible for it to look after problem gamblers and players who show early signs of gambling addiction.

ID Verification Will First Be Introduced at Third-Party Locations

It should be noted that the compulsory ID verification will first be introduced across slot machines located at third-party sites that are not owned by Veikkaus, such as restaurants, shops, and petrol stations. Devices at these will require players to verify their identity from January 12.

The operator will roll out mandatory verification across its slot arcades in the summer of 2021, it also became known.

Veikkaus launched a pilot scheme for account-based play in September when it introduced mandatory ID verification across several slot machines. It extended the pilot program in November by rolling out account-based play across additional devices.

As Veikkaus is reducing its land-based offering, online gambling has been increasingly important for the Finnish gambling monopoly.

However, the Finnish operator landed in hot water over its multi-year and multi-million-euro partnership with IGT as Veikkaus was found to have entered into that partnership without holding a bidding process, which clashed with Finnish rules and laws.

In response to criticism over the agreement, Veikkaus Director of Legal Affairs and Corporate Social Responsibility Pekka Ilmivalta said earlier this year that what they had with IGT was “a continuation of an old agreement where it was not necessary to have a separate tender.”