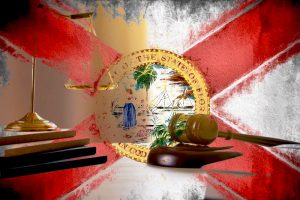 Florida is ringing in 2021 with a renewed effort to legalize sports betting. However, the powerful Seminole Tribe has been left out of the equation and this has historically never boded well for any gambling-related legislation.

Sen. Jeff Brandes, a staunch sports betting proponent, filed this week a trio of bills looking to legalize wagering and task the Florida Lottery with regulating it.

If approved, SB 392 would authorize sports betting on the territory of the state and the Florida Lottery would oversee how the activity is conducted. Under the other two bills, SB 394 and SB 396, sports betting would be taxed at 15% on revenue, while wagering licenses would cost $100,000. License holders will also have to pay a $100,000 annual renewal fee.

The measures allow for digital sports betting and wagering at self-service lottery kiosks. They also call for the implementation of a maximum bet limit, which has been protested heavily by sports betting companies in other states and is likely to be shot down in Florida, as well.

Florida’s Legislature is set to convene on March 2 and will continue through April 30. Sen. Brandes introduced a nearly identical measures to bring legal sports betting to the state ahead of the 2020 legislative session, but these were not heard by any committees. The lawmaker hopes the three bills would be considered under the state’s new leadership.

Lack of Mention of Seminole Tribe Could Derail Effort

There is no mention of the Seminole Tribe in Sen. Brandes’ bills, which would certainly be a major stumbling block before his renewed attempt to legalize sports gambling. The tribe controls gaming and hospitality giant Hard Rock International and runs six casinos around Florida.

The Florida Legislature and the Seminole Tribe have been locked in a heavy dispute over the tribe’s gambling compact with the state for five years now and there have been very few signals that an agreement that pleases both parties would soon be reached.

The fact that Sen. Brandes’ bills do not mention the Seminoles as future providers of sports betting services could deepen the existing dispute and could eventually derail the lawmaker’s effort.

It should also be noted that under a constitutional amendment approved in a 2018 referendum, Florida voters have the final say on any gambling expansion proposal.

The Seminole Tribe has previously fought fiercely to prevent non-tribal gambling expansion (it ploughed millions into the 2018 referendum) and has succeeded, so sports betting happening without the tribe seems highly unlikely.