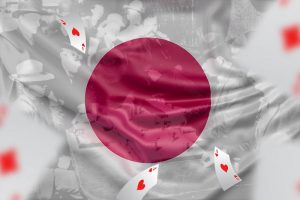 The competition for establishing IR in Japan continues. Last week Japan’s prefecture Wakayama announced that there were no new suiters interested in establishing the local governor’s tilt at a casino resort. The interested parties will be private sector partners in the new facility.

The suiters that made their proposal submissions by January 15 are the same that were declared qualified back in May 2020 by the prefecture.

One of the suitors is Clairvest Neem Ventures and Suncity Holdings Japan Co Ltd, which is Canada-based. The other one is local Japanese unit connected to Suncity Group, which is Macau-based investor.

In Japan, the IR (integrated resort) is an abbreviation known as a large-scale casino complex with associated tourism facility. The establishment of the new IR is an important event for the Wakayama prefecture as it is for any other Japanese prefecture for it will bring a lot of benefits.

Since the date January 15 was set as a deadline for submissions back in November, all interested parties had plenty of time to submit their proposals.

Yoshinobu Nisaka, the governor of Wakayama previously stated that the prefecture had full assurance from the Japanese government that the proximity with Osaka would not weigh against Wakayama when assessing the project on a national level.

Osaka is considered by some, as a strong runner for the IR. The local governments of the prefectures must first find a partner from the private sector and then to apply to the central authorities to have such a facility. Up to three Integrated Resorts will be permitted on Japanese ground if all the requirements are met. The establishment of the venues will coincide with the opening of the market.

The current coronavirus crisis was the reason why the timetable under which the Japanese authorities will start accepting bid for the IR establishment was pushed back to October 2021. All parties interested in hosting the casino resort can apply.

The Wakayama and Osaka are not the only prefectures competing for the right to host a resort. In the beginning of the year Hodo Nakamura, governor of Nagasaki prefecture, announced that Nagasaki is starting its request-for-proposal process for getting a casino resort.

Three foreign companies are rumored interested in establishing the IR in Nagasaki. Two of them are based in the United States and one is an Asian operator.

The closing date set by the Japanese authority is April 2022 for all submissions. This means that there is a nearly nine-month delay from the previously established date.