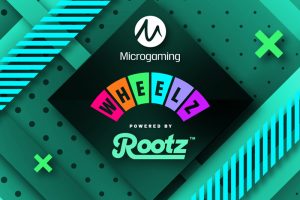 Microgaming announced that it would strengthen its partnership with Rootz Limited by providing its most recent brand Wheelz with industry leading content.

Microgaming and Rootz started their fruitful partnership in 2019. Back then, Rootz first launched its flagship casino Wildz, which was followed by the arrival of Caxino in the next year.

As part of the deal, Wheelz will offer Microgaming’s vast portfolio of content from its exclusive independent studios. This includes titles, such as the recently launched games Golden Stallions and Diamond King Jackpots from Northern Lights Gaming and SpinPlay Games.

Microgaming’s Head of Partnership, Neil Bancroft, expressed his excitement for the latest content aggregator’s partnership with Rootz, which according to him, has found the formula when it comes to delivering a top-rated casino experience to its players.

Bancroft added: “Its state-of-the-art technology combined with Microgaming’s vast content offering makes for a winning partnership. Wheelz has what it takes to become a firm player favourite, and with David Hasselhoff as the face of the brand, it will do so with added glitz and a little Hollywood glamour.”

Meanwhile, CEO of Rootz Limited stated: “Microgaming has been instrumental in the success we have enjoyed with our first two online casino brands, Wildz and Caxino. Given our rapid growth, expectations are high for Wheelz, and with the support of Microgaming and its market leading content, we are confident the brand will be as successful as its sister sites. I’d like to thank Microgaming for the support and assistance its team has provided Rootz to date and look forward to even greater success now that Wheelz is live to players in markets around the world.”

Other Exciting News From Microgaming

At the end of January, Microgaming announced another significant partnership. This time with PearFiction Studios.

As part of the deal, Microgaming platform has been supplied with the highly creative content provided by the Montreal-based games designer.

The two companies celebrated their partnership with the release of Chicago Gold on February 4. The product is highly volatile, 40-payline slot, which includes free spins and respins.

This is not the first collaboration between the two companies, since they worked together previously on creating the punk rock band-themed game The Smashing Biscuit.

Apparently this prepared the ground for the long-term partnership. Microgaming saw the potential in PearFiction and decided to take the collaboration to a firmer ground.

In February, Microgaming made another huge announcement when it promised to release 20 new titles by the end of the month. Each of the new games will present engaging new features, exciting game mechanics and gallery of gangsters, ghouls, jokers and pirates.

Source: “Microgaming goes back to its Rootz” Microgaming February 10, 2021