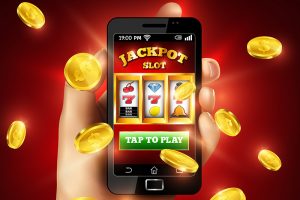 The Michigan Gaming Control Board announced on Monday that it has authorized one more online gaming and sports betting operator.

Since the official launch of online gaming and sports betting in the state last month, the Michigan Gaming Control Board approved various operators and platform providers. The Pokagon Band of Potawatomi Indians, which operates under the Four Winds brand in Dowagiac, Hartford and New Buffalo along with its platform provider Pala Interactive LLC are joining the group.

The platform received its permission this Monday.

Four Winds will the 11th operator to offer both online gaming and sports betting in Michigan. The 12th operator is Lac Vieux Desert Tribe and its platform PointsBet, but they are only authorized for internet sports betting for now.

Ten of the operators were announced at the end of January, right on track for the official launch.

PokerStars and FoxBet are one of the latest editions to the platform provider’s list. In the beginning of February, the two platforms were allowed to provide online poker within the state’s border.

Michiganders are currently only allowed to play legally in the state and only with fellow residents. However, the MGCB announced that later this year it will approve interstate play. Until now, Michigan is the fifth state that allows real money poker games.

Richard Kalm made a statement regarding the addition of PokerStars and FoxBet to the platform’s list saying that PokerStars is the very first operator to offer peer-to-peer poker games in Michigan.

The process of legalizing online gambling in Michigan took a long time. According to the legislation, only state’s licensed casinos are allowed to offer online gaming and sports betting. The platforms need to partner with those casinos.

The legislation is one of the measures in the state that are supposed to compensate for financial losses experienced in the past year. According to MGCB’s report from January, the launching was successful for it started bringing big enough revenue.

Although the numbers have not been issued yet, industry observers as well as operators and platform providers have signaled online gambling got off to a strong start amid a jam-packed schedule of major sporting events since the launch.