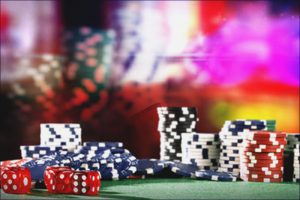 The Shinnecock Nation announced partnering with Tri State Partners to develop casino complex on its reservation in Southampton.

Jack Morris, principal of Tri State Partners has previously worked with another tribe, namely the Seminole Tribe of Florida, owner of the Hard Rock Hotel & Casino chain. News broke this week that his next project will be the Shinnecock Nation’s complex.

The Shinnecock Nation has been negotiating with Morris since last fall. As for Hard Rock International, the brand stated that it will have nothing to do with the future Southampton project.

The future facility was approved by the U.S. Nation Indian Gaming Commission. It will be a class 2 facility, which will allow for bingo parlors and video lottery terminals. It would be the second casino in Suffolk County, following Jake’s 58 Hotel & Casino in Islandia, which opened back in 2017.

It is not the first Shinnecock Nation’s attempt to open casino on its lands.Previous tries were repeatedly halted.

According to a report, the casino project’s aim is to increase the tribe’s revenue. Several other plans are in store for the Shinnecock Nation as it recently constructed a second 61-floor digital billboard/monument on Sunrise Highway, with advertising revenue going straight to the tribe.

The tribe is also planning to open a gas station and convenience store on tribal land near the signs in the coming year, along with a medical cannabis facility, which is expected to be located on its 900-acre reservation in Southampton.

However, not all Shinnecock Nation members agree with the future development plan. Some protested against the construction of the Hampton Boathouses townhouse project, calling it a “stain” on the area’s heritage.

The future project is supposed to bring 37 units to Hampton Bays, but some of the tribe’s members are convinced it will also contribute to the deterioration of natural resources of the region.

Tribal opposition rose in other parts of the country as well. Last week Washington’s latest attempt to legalize gambling in the state, was stopped by Native American tribes.

The tribes residing in Washington have powers to run sports betting and gambling businesses. According to some, they are practically monopolizing sports betting in the state, since they generate 82% of the total Washington sports betting revenue. It is only natural that they would not want to give up their power since gambling is their main source of income.

Meanwhile their monopoly does not hurt the state, since the tribes are paying generously to Washington’s government.

For the sake of the future of gambling in the state, the tribes and the private business need to find a middle ground where both parties will benefit.