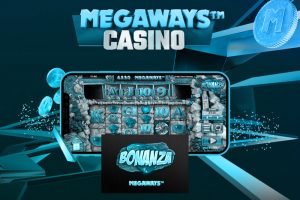 The link between Megaways, BTG and Gamesys is well-known. The Megaways Casino site currently hosts a range of BTG’s games and a selection of exclusive Gamesys games, such as Tiki Totems Megaways.

Another Megaways Casino interesting feature is its range of daily free games and the access, granted to players to various bonus offers, regular promotions and “Mega promotions”.

Gamesys marketing director Simon Mizzi said: “Megaways is one of the most popular game mechanics out there, so it’s great to be able to work with BTG to exclusively develop and launch Megaways Casino in the UK – and bring a great range of titles together under one roof.”

He added: “I think the players will really enjoy exploring the games, features and mechanics at Megaways Casino – which reflect what has made Megaways such a great success.”

Megaways Casino is the latest addition to the Gamesys UK branded portfolio, following the launch of Rainbow Riches Casino in November 2019 and Monopoly Casino in the UK in 2016.

BTG launched Megaways solutions in 2016 to take the industry by storm and bring a thrilling innovation in the way slots experience is delivered. Megaways was built with the goal of increasing player engagement across online slots of all kinds through a dynamic, fast-paced gaming experience.

In the fall of last year, Microgaming announced partnership with BTG, which is set to further bolster its online casino offerings.

As part of the deal, Microgaming utilizes its partner’s trademarked Megaways mechanic in a number of upcoming slots.

Not long after the deal was finalized, Microgaming CEO John Coleman stated that he is more than excited to work with Big Time Gaming, since Megaways has had huge success from the first moment it was introduced.

The Megaways mechanic features a random reel modifier system that enables any given spin to produce an ever-changing number of symbols across the grid. This allows slots enthusiasts to experience a completely different game each and every time they play with hundreds of thousands of possible winways.

Following its deal with BTG, Microgaming started working with its network of independent game development studios to integrate Megaways into suitable new titles that are set to be added to its platform.

The first game that deployed the mechanic was Shamrock Holmes, an online slot that took part in January networkwide rollout.