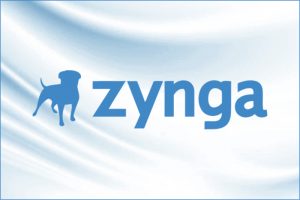 The complaint was filed last week by Michael Owens, a Florida resident, who acted individually and on behalf of “others similarly situated.”

According to the complaint, Zynga wrongfully markets its social slots games as “legal video games”, even though they actually constitute illegal slot machines under California laws. The plaintiff has defined the company’s slots products as “virtual slot machines that allow users to make bets using virtual coins.”

The complaint reads further that these games are intentionally modeled after real-money Las Vegas-style slot machines. In Zynga’s social slots, players make bets to spin the reels using in-game currency. They are given a limited amount of free in-game currency and once they exhaust that, they need to purchase more for real money in order to be able to continue to play.

According to the plaintiff, the game developer utilizes the same “psychological tricks” that physical gambling establishments and online casinos use to lure customers to keep playing and spending money.

Zynga was founded in the spring of 2007 in San Francisco, California. Its best-known game, FarmVille, was rolled out on Facebook two years later. It reached 10 million active users within its first six weeks.

In 2012, the company teamed up with online gambling operator bwin.party, now part of FTSE 100 company Entain plc, to go live with real-money gaming in the UK. Zynga ended that partnership and exited the UK gambling market in 2015.

The plaintiff argues that the developer has been facilitating players to keep spending their money and that it “intentionally and unfairly uses microtransactions and virtual coins to mask the fact that the user is paying money to play.”

He further points out that with approaches used by real-money slots, the company lures players into exchanging small or relatively small amounts of money to purchase large amounts of coins, which they can then bet on its social slots games. As a result, Mr. Owens says he has spent more than $8,000 playing these games.

The plaintiff says the game maker has “unlawfully, unfairly, and fraudulently” generated hundreds of millions of dollars from its social slots offering and that its conduct runs afoul of California Penal Code Section 330v and the state’s Unfair Competition Law.

Mr. Owens seeks class certification, damages, restitution, disgorgement, pre- and post-judgment interest, and additional relief. He also expects the defendant to pay all legal costs and fees in the case.

Zynga is not the only social casino games creator to have faced a class action lawsuit in the US over the past several years.