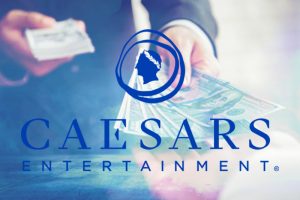 A year after the UK Gambling Commission (UKGC) slapped Caesars Entertainment with a record fine, the regulator announced that it has also taken action against Personal Management License (PML) holders working at the casino operator.

Issued by the UKGC, these licenses are held by people who occupy management positions at UK-licensed gambling operators and are responsible for these companies’ strategy and delivery of gambling operations, financial planning, budgeting, marketing, regulatory compliance, and IT provision and security.

In April 2020, the UK watchdog hit Caesars, which operates casino properties around the UK, with a £13 million fine, citing “a catalogue of social responsibility, money laundering, and customer interaction failures.”

The Commission issued the hefty fine after an investigation discovered serious violations in the way the penalized operator handled VIP patrons between January 2016 and December 2018.

Under the terms of their licenses, UK-facing companies are required to provide socially responsible services and to interact with any customer that shows signs of problem gambling behavior. In addition, they must conduct source of fund checks on their customers to prevent money laundering and other financial crimes often associated with the gaming and betting sectors.

In one of the most serious instances detected by UKGC investigators, Caesars failed to interact with a patron who gambled away £323,000 in a 12-month period and displayed symptoms of gambling addiction.

In another instance, the major operator failed to carry out source of funds checks on a patron who was allowed to drop nearly £3.5 million at its properties over a three-month period.

The Gambling Commission launched a separate investigation into several PML holders at Caesars due to concerns that they might have failed to take all the necessary steps to ensure their actions were in full compliance with the terms of their licenses.

In a statement published on Wednesday on the regulator’s website, it said that as a result of its probe, seven PML holders received license warnings, two received advice to conduct letters, and three surrendered their licenses following notification that they had been placed under review.

In addition, one PML holder surrendered their license while subject to the UKGC investigation but prior to notification that their license had been placed under review.

Another of the investigated PML holders had their license revoked due to unpaid license fees. As many as 18 others received an advice to conduct letter outside the investigation.

Commenting on the Commission’s latest actions, Richard Watson Executive Director of the regulator, said that all PML holders “should be aware that they will be held accountable, where appropriate, for the regulatory failings within the operators they manage.”

In another incident, the Commission revoked the license of one Caesars PML holder due to an altercation with a guest at the property he worked at.