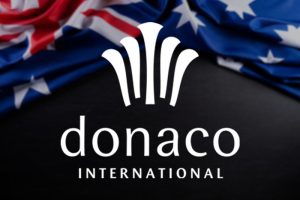 The CEO of casino operator Donaco International Ltd. does not think Thailand will legalize gambling anytime soon and expressed confidence in the long-term success of their flagship property in Poipet, Cambodia.

Lee Bug Huy stepped in as CEO of the Australia-listed casino firm last year as part of a wider boardroom overhaul.

Mr. Lee made the above comments this past Friday in response to questions from investors after the company published its report for the first half of the current financial year.

Asked what he thought about the potential legalization of casinos in Thailand and if his company had measures in place to mitigate the financial risk, the executive said that “at this stage we do not expect the Thai Government to legalize gambling” and that as they weather the impact of the Covid-19 crisis, they will “carry on our rigorous cost control strategy and prepare for when the border reopens.”

Thai Prime Minister Prayut Chan-o-cha indicated that the legalization of gambling was under discussion in January. He said that he might consider a casino measure in a bid to curb the proliferation of illegal gambling establishments in the country.

Thailand has one of the toughest anti-gambling regulatory frameworks in Southeast Asia. Under the nation’s gambling law, which was enacted back in 1935, state-run lotteries and betting on horse races are the only legal gambling activities.

Commenting on the prospects for their flagship property, Star Vegas Resort and Club, Mr. Lee said that the January Covid-19 outbreak in the “broader regional area” will have a temporary short-term impact on their operation.

However, they anticipate it to be outweighed by a positive long-term outlook as vaccinations are set to be rolled out across the region in the second half of the financial year. Vaccination began in Cambodia in March, while in Vietnam, where Donaco also operates casinos, it is expected to commence by the end of the month.

Mr. Lee also noted that the company recorded positive EBITDA during the first half of their financial year and attributed the result to an effective strategy. Following the boardroom overhaul, the casino operator focused on fixing “what had to be fixed” and is now ready to “move forward once the Covid-19 situation improves.”

Located in Poipet, near the Thai border, Star Vegas is the largest casino complex in the city and Donaco’s most profitable property. The company purchased the luxury hotel and gaming complex in 2015 in a move that increased significantly its size and scale. Donaco caters to high-roller gamblers from the Thai and Chinese markets.