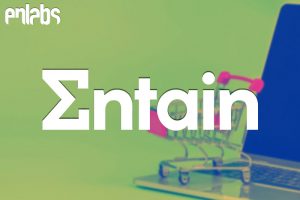 Gambling powerhouse Entain has secured all necessary regulatory approvals from competent gaming and competition authorities in Sweden to complete its proposed acquisition of Swedish online gaming and betting group Enlabs.

Entain, through its wholly-owned subsidiary Bwin Holdings (Malta) Limited announced its interest in its fellow gambling company this past January, saying that the latter’s leading position in the Baltics was among the main reasons it had decided to approach it with a takeover offer.

Enlabs is one of the leaders in the provision of online gaming and sports betting services in that region. Based on overall revenue, it is the market leader in Latvia, the second largest operator in Estonia, and among the top five operators in Lithuania.

The company is headquartered in Riga, the Latvian capital, and also has offices in Tallinn, Vilnius, Minsk, Malta, Marbella, and Stockholm. Entain said back in January that the addition of Enlabs to its already massive portfolio of gambling businesses will secure it with access to the Baltics, a region it currently doesn’t provide its services in.

In addition, the transaction will enable Enlabs to accelerate its growth in its existing markets and successfully expand into neighboring ones, including Ukraine and Belarus.

The Swedish gambling company will join the likes of Ladbrokes, Coral, bwin, partypoker, PartyCasino, and Foxy Bingo, among others, when it becomes part of Entain, which up until recently traded as GVC Holdings.

News that Entain has secured the necessary regulatory blessing for its takeover of Enlabs emerge shortly after the former group announced that it has sweetened its offer for the latter.

After some Enlabs shareholders winced at the original price of SEK40 per share, the gambling giant raised it to SEK53. The new price valued the Swedish company at SEK3.7 billion (equivalent to approximately £316 million).

The original offer was accepted by 42.2% of Enlabs’ shareholders, but hedge funds controlling more than 10% of its shares rebelled against it, saying that it significantly undervalued the company. They also pointed out that they would not accept an offer lower than SEK55. These ultimately backed Entain’s revised bid.

The company needs support from 90% of Enlabs’ shareholders in order to be able to complete the transaction. The acceptance period under the terms of the offer is set to expire on March 18. Entain said Tuesday morning that it reserves the right to extend that period and to postpone the date of settlement.

Earlier this year, the company itself became a takeover target as it was approached by its US sports betting partner, MGM Resorts International, with an $11 billion bid. Entain rebuffed that offer, saying that it undervalued it.

In February, the gambling operator was unveiled to be one of several bidders for the wagering and media unit of Australian gambling behemoth Tabcorp.