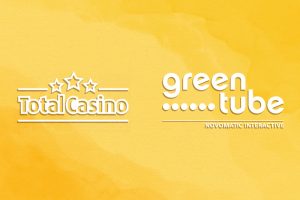 As part of that recent deal, Greentube has been able to take its iGaming content live with Total Casino and thus enter a new market as part of its continued regulated expansion strategy.

Polish online casino players have for the first time ever been offered access to the desktop and mobile versions of iconic Greentube and NOVOMATIC titles such as Sizzling Hot, Lucky Lady’s Charm, and Book of Ra.

Greentube is a game development unit of major gambling group NOVOMATIC. As part of the larger group, the content maker reimagines some classic NOVOMATIC games and adapts them to the online gambling environment.

As mentioned earlier, Total Casino is the iGaming brand of Polish state-run company Totalizator Sportowy. Following the reorganization of Poland’s digital gambling space in the spring of 2017, the operator was granted the monopoly over online casino-style gaming, meaning that it is the only business that is allowed to conduct such activities in the country.

Totalizator Sportowy launched Total Casino in 2018 and the brand has enjoyed a continued growth since its inception.

Greentube said that this new online partnership perfectly complements NOVOMATIC’s omni-channel strategy in Poland, as part of which the larger gambling group has rolled out its top performing VLTs across Totalizator Sportowy’s retail network. As a result of this, the operator’s players can now play NOVOMATIC’s most popular titles both at brick-and-mortar facilities and in a digital environment.

Greentube’s debut into Poland’s iGaming market is happening shortly after the company premiered its content in Denmark and Mexico and as it prepares to enter Germany and the Netherlands later this year when the two countries finally open their markets after exhausting legalization and reorganization efforts.

The online gaming content maker also gears up preparations for the launch of its new RGS platform, which too is scheduled to take place this year.

Commenting on their Polish online debut, Greentube CFO/CGO Michael Bauer said that Total Casino is a well-respected brand by local players and to be selected as their online content partner “is further evidence that we are a market-leading force when it comes to iGaming content across a wide range of regulated markets.”

Totalizator Sportowy Online Gaming Director Maciej Kasprzak said that they are constantly developing their offering as they want their customers to “experience the best entertainment from the best developers” and that the arrival of Greentube’s games has been “greeted by the players with much excitement.”