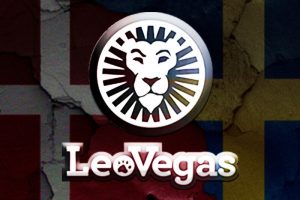 Online gambling operator LeoVegas has just released its online casino app in the Google Play Store and it is now available in select markets.

After becoming the first operator to pass a thorough approval process, LeoVegas has been able to roll out its app for its players in Sweden, Denmark, and Spain.

The operator’s customers from the above three countries can now download the product on their Android devices and play the wide variety of casino games that are available in LeoVegas’ ever-expanding lobby.

According to the gaming and sports wagering company, the move will open countless new possibilities for Swedish, Danish, and Spanish players as Android smartphones make up 45% of the mobile operating system market in Sweden, 38% in Denmark, and whopping 90% in Spain.

The mobile launch is expected to further bolster the operator’s profitability after a particularly strong 2020. While land-based gambling establishments had a nightmare year due to closures forced by the rapid spread of the coronavirus, online gaming operations saw a jump in activity.

Commenting on the recent launch of their mobile app, LeoVegas Chief Product & Technology Officer Mattias Wedar said that the move has once again positioned his company as an industry leader and has made it easier for their players to “get a superior mobile product.”

Mr. Wedar added that they had a tight deadline as Google only announced the possibility for gambling companies to add apps in its store late in January, “but with a great effort of all teams involved we were able to make it happen not only on time, but ahead of competitors.”

In a surprise announcement, Google informed app developers back in January that it would allow “real-money gambling apps, ads related to real money gambling and daily fantasy sports apps that meet certain requirements” to be uploaded in its Play Store.

However, the apps must meet certain requirements and their developer must complete a thorough application process for these to be allowed to be uploaded and distributed on Play. Google’s updated policies cover less than two dozens of countries, with Denmark, Sweden, Spain, the UK, Australia, New Zealand, and the US being a handful of these.

Gambling companies must hold licenses from the regulators in the countries where they want to offer their apps. Operators are now allowed to distribute online casino games, sports betting, daily fantasy sports, and lotteries to Android users in the permitted countries.