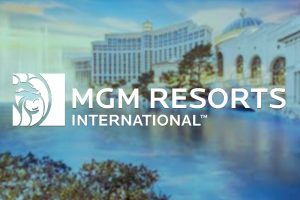 Las Vegas casino operator MGM Resorts International has been hit with a lawsuit over its use of resort fees at its properties around the US.

The legal action was initiated by non-profit travel advocacy group Travelers United. The company was slapped with accusations of charging “deceptive” resort fees that violate the District of Columbia’s Consumer Protection Procedures Act.

The casino powerhouse owns and operates the MGM National Harbor casino resort in Forest Heights, Maryland, a property that is just a short drive from D.C.

A resort fee or else called a facility fee, amenity fee, or destination fee is an extra fee that guests are charged by accommodation providers on a per-day basis in addition to the base room rate. These are very common across casino resort operators, but are also heavily criticized and frowned upon by guests.

In its lawsuit, which Travelers United filed in February, the group argues that MGM’s practice to advertise its accommodation offerings without including mandatory fees constitutes false advertising. The group further accuses the gaming and hospitality giant of reaping enormous amounts of money every year through so-called price dripping, in which a portion of its guests’ daily room rate is hidden via the controversial resort fees.

Travelers United points out that under D.C.’s consumer protection laws, “all mandatory hotel fees must be included in the advertised price in order to be legal.”

According to MGM’s website, resort fees are charged to cover different amenities that “are sure to enhance” the experience of those staying at its properties. Such services or amenities include high-speed wireless Internet, fitness center and pool access, airline boarding pass printing, and more.

However, Travelers United argues that many resort amenities have been reduced or eliminated completely since the beginning of the Covid-19 pandemic, but resort fees have not been decreased. According to the non-profit group, this clearly shows that these extra fees are not linked to the amenities offered. In addition, some of the above amenities are available to non-hotel guests at no charge.

In 2012, the Federal Trade Commission warned hospitality service providers that price dripping may constitute violation of federal consumer protection laws and regulations. However, many companies did not really changed their ways in the face of the warning.

With its lawsuit, Travelers United says that it aims to force MGM to include all mandatory fees that guests of its properties are charged in the advertised room price on its official website or across travel agency websites.

News about MGM being hit with a lawsuit relating to its resort fee practices emerge shortly after Virgin Hotels Las Vegas, one of the major casino resorts set to open doors in Vegas this year, announced that it would charge no such fees when it opens doors later this month.