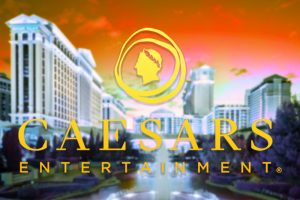 The expansion project will include the addition of more slot machines and table games and a WSOP-branded poker room, among other things.

Indianapolis-based Wilhelm Construction was tasked with development. Work is set to kick off on April 1. Caesars said it expects renovations and expansion to be completed by the end of the year.

Located in Shelbyville, Indiana Grand is one of the state’s two horse racetracks, the other one – Hoosier Park in Anderson – is too owned by Caesars. Up until early 2020, the two properties were only allowed to offer slot machines and electronic table games.

A bill that swept through the state General Assembly in 2015 paved the way for the two racinos to add live dealer tables to their offering in mid-2021. A gambling expansion measure signed into law by Gov. Eric Holcomb in the spring of 2019 gave the green light to the two properties to introduce table games 18 months earlier.

Both had obtained the necessary final permits to start live dealer operations by mid-December 2019 and launched these on January 1, 2020.

Caesars said it would add 25,000 square feet of space to the north end of its casino floor and will equip it with 100 new slot machines and 25 table games. The property currently features 40 tables and offers craps, roulette, blackjack, Mississippi stud, mini-baccarat, and three-card poker.

Speaking of poker, the expansion project also includes the addition of a WSOP-branded poker room with 20 tables. The new facility will host tournaments that will offer ways for participants to qualify for the WSOP Main Event in Las Vegas.

A 20-seat video poker bar with 65-inch LCD overhead screens will also be among the new offerings at Indiana Grand. Caesars will redesign some of the existing gaming space. A new surface parking will be built to accommodate the anticipated increase in demand.

The racetrack’s owner said the expansion will generate more than 100 new jobs and millions in gaming tax revenue for the host community and the state.

Commenting on the Wednesday announcement, Caesars President and Chief Operating Officer Anthony Carano said that the investment in Indiana Grand is a testament to their continued commitment to the state and that they are “dedicated to enhancing and upgrading our operations at all of our locations” and are “excited to start on several new phases of renovation and expansion in Shelbyville.”

Indiana Grand Senior Vice President and General Manager Mike Rich said that the project will enable them to accommodate more guests and expand their team with more talented members. He went on that with the addition of the poker room, they will expand their existing casino offerings to include the World Series of Poker, one of the most notable and recognizable gaming brands in the US.