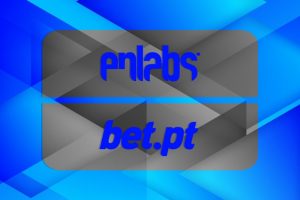 UK gambling group Entain announced Thursday that it has completed the acquisition of Swedish operator Enlabs AB and Portuguese gaming and betting site Bet.pt and that the addition of these operations has further expanded its regulated footprint.

In a statement on its site, the company said that the addition of the above two to its existing brands has secured it with entry into four new regulated European markets and will provide a springboard to enter further territories that plan to regulate online sports betting and casino-style gaming.

Entain, formerly GVC Holdings, announced the acquisition of Bet.pt in October 2020. The move paved the way for the British gambling giant’s entry into the Portuguese iGaming and wagering market. Bet.pt was among the first operators to receive a license from the local regulator following the reorganization of the nation’s gambling market in 2016.

Entain said at the time that by leveraging its technology, extensive portfolio of online gaming content, marketing and CRM capabilities, it saw plenty of opportunities to grow the Bet.pt brand and the entire group’s profitability and market position in the Portuguese space.

After shareholders holding 94.2% of Enlabs’ total shares voted in favor of the transaction, it was closed late in March.

Entain said Thursday that this time last year it operated in 21 fully regulated markets to later add Germany and Colombia to the list. That total has now risen to 27 after it closed the above two acquisitions.

The company noted that it expects to further increase its regulated presence through “a combination of positive regulatory developments” in certain jurisdictions, including Canada, and expansion into new countries and regions, including Latin America as well as Central and Eastern Europe.

Through the acquisition of Bet.pt and Enlabs, Entain expanded into Portugal, Lithuania, Latvia, and Estonia. In Latvia, Enlabs is the market leader via its flagship brand Optibet. In Estonia, the operation holds the second largest market share, while it is also among the leaders in the provision of regulated gambling services in Lithuania.

Late last year, Entain announced plans to quit all unregulated territories its brands were present in and to become 100% regulated by the end of 2023. Currently, 99% of its group revenue comes from regulated markets and ones that are on the verge of regulation.