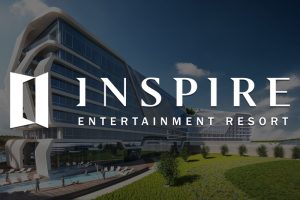 US tribal casino operator Mohegan Gaming & Entertainment was granted a one-year extension of its previous deadline to complete the construction of phase one of its planned integrated resort in South Korea.

It first emerged in January that the company had asked the nation’s government to give it the green light to push back the opening of the property to 2023.

Mohegan originally planned to open the hotel, casino, and entertainment complex in the second half of 2022, but hurdles of different nature forced it to revise the project’s timeline.

Reports surfaced in 2020 that the casino operator faced difficulties to secure capital to complete the mega-scheme and that it had disagreements with its Korean development partners as they reportedly demanded all outstanding funds to be fully paid and further funding to be secured before construction work could resume.

Mohegan also had to pause construction due to the coronavirus pandemic. The company’s CEO, Mario Kontomerkos, said in April 2020 that despite the snags, they were on track to open the property in the first half of 2022. However, these snags clearly hampered the development’s progress and the company announced late last year that the launch would be pushed back to early 2023.

The Korean Ministry of Culture, Sports and Tourism confirmed to Asian casino news outlet GGRAsia that it has given Mohegan an approval notice for pushing back the opening of its resort.

The casino operator said Wednesday that it has also received approval to add an “outdoor themed attraction zone” at its future complex. Andrew Billany, Chief Executive of Mohegan’s Korean project, said in a statement that they are thrilled to “hear the news of the awaited business plan change approval from the government.”

The official also revealed that they plan to “normalize” the resort’s construction shortly and to fully focus their efforts on securing the necessary financing for the mega-plan.

As per its site, INSPIRE Entertainment Resort will spread across 1.7 million square meters of land about an hour from the Korean capital Seoul. It will feature a foreigner-only casino with 700 slot machines and 150 table games, a 5-star hotel with more than 1,200 luxury rooms, suites, and villas, a 15,000-seat entertainment venue, a large meeting and conference venue, retail facilities, dining outlets and bars, and a number of entertainment offerings.

News about Mohegan being granted a deadline extension emerge shortly after another integrated resort project also received a one-year extension of its deadline to open doors. That resort’s developers asked the Korean government for a three-year extension.

The scheme was formerly promoted by US casino operator Caesars Entertainment, Inc., but the company sold its stake to its local partners in February.