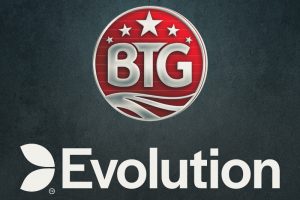 The company announced on Monday that it has entered into an agreement to buy online casino games developer Big Time Gaming (BTG) in a €450 million deal. The transaction is subject to regulatory approval and its closure is expected to happen during the second quarter of the year.

Evolution said that it would pay €220 million in upfront consideration for BTG, payable €80 million in cash and the remainder in newly issued shares in the enlarged group.

In addition, it will make earn-out payments based on the slots studio’s EBITDA for 2022/23 and 2023/24, respectively, that will amount to a maximum of €230 million and will become payable in 2023 and 2024. The earn-out consideration will be payable 70% in cash and 30% in newly issued Evolution shares.

Based in Australia, BTG has been part of the online gaming space for over a decade. The company rocketed into huge prominence in 2016 when its Megaways mechanic was rolled out to enjoy instant success.

It started licensing its unique invention to fellow game makers in 2018 and the engine can now be found in more than 200 online slots by a number of providers.

Commenting on their decision to acquire BTG, Evolution Chairman Jens von Bahr said that with the addition of the studio and its content to their portfolio, they will “strengthen [their]

strategic position as the leading provider of digital casino games in the world.”

He went on to say that BTG’s focus on “innovation and creating unique playing experiences” is a great fit to Evolution’s culture and mindset and that they are looking forward to kicking off their journey together.

BTG’s Chief Executive Officer, Nik Robinson, said that his company and its new owner are “both driven by innovation, hence the perfect match” and promised a “bright and entertaining future” for their players.

This is the second big acquisition deal announced by Evolution over the past year. In June 2020, the Live Casino expert tabled an offer to buy NetEnt, valuing the online slots-making giant at SEK19.6 billion (approx. $2.2 billion).

Evolution said at the time that it expected the deal to “create a company well positioned to take significant market shares”, thanks to Evolution’s own leading position in the live casino segment and NetEnt’s position in the online slots vertical.

Both companies have been aggressively pursuing expansion in the US over the past several years as a rapidly growing number of states have been embracing online casino-style gaming and have been regulating the practice.