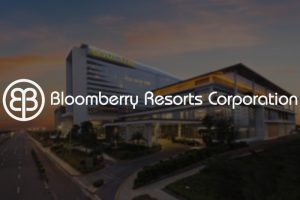 Philippine gaming and hospitality operator Bloomberry Resorts Corp. this week said that it was forced to push back the target completion date for its casino project in Quezon City to 2023, citing delays caused by the Covid-19 pandemic.

Bloomberry CEO and Chairman Enrique Razon Jr. said during the company’s annual shareholder meeting that construction of its Quezon City casino resort has been hit with many delays stemming from last year’s months-long lockdown in Metro Manila and the recent restrictions adopted by the Philippine government in a bid to abort the spread of Covid-19.

Mr. Razon said Thursday that despite the tough construction conditions, they look forward to “delivering a high-quality product by 2023, in time for a potential strong economic recovery that usually follows a crisis and the return of international travel and tourism.”

The company first announced plans to build a resort in Quezon City in 2016. Bloomberry revealed a few years later that it would expand the Solaire brand with that new property. The resort will operate as Solaire North when it opens doors and will be part of the city’s larger Vertis North complex.

Solaire North was originally scheduled for 2022 completion. The 40-story integrated resort will feature a casino, hotels, food and beverage outlets, entertainment facilities, and more. It will spread over a 1.5-hectare site within Vertis North.

Bloomberry broke ground on the resort in the summer of 2019. Work on the site halted in mid-March 2020 when Philippine President Rodrigo Duterte declared an Enhanced Community Quarantine to curb the spread of the dangerous virus. Construction resumed in June 2020, but Mr. Razon said back then that the “period of lockdown can be reasonably added to the completion date.”

The billionaire businessman said this week that he expects the road to Bloomberry’s recovery to be a “rocky one.” The company recorded net loss of PHP8.3 billion last year, down from net profit of PHP9.9 billion in 2019 as its flagship property in Manila was closed for six months last year.

Bloomberry’s gaming revenue totaled PHP22.7 billion in 2020, down 62% from the PHP60.4 billion generated a year earlier.

Solaire Resort & Casino currently operates at limited capacity, while Broomberry’s operation in South Korea remains closed. Mr. Razon said that they would maintain prudence in how they manage operating costs and balance sheet by accounting for the worst-case scenario, including “remaining in a prolonged pandemic situation for the rest of this year.”