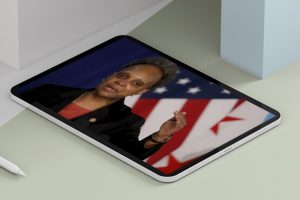 Earlier this week, Mayor Lori Lightfoot called for the Illinois Gaming Board to vet and authorize her city’s preferred developer as “expeditiously” as possible. Chicago’s top official told reporters that she expects the gambling venue to open doors in 2025 and that its operator will be permitted to run a temporary site once they get state approval.

As preparations were underway for the city to start accepting proposals from developers interested to build and operate Chicago’s first Las Vegas-style gambling establishment, Mayor Lightfoot said this week that the state gaming regulator should really speed things up and act quickly on licensing the city’s preferred candidate.

The official said that “a big part of the issue is making sure that the Illinois Gaming Board really puts in the time and resources that are necessary” and that once Chicago tables a proposal before the regulatory agency, “we’ve got to move forward expeditiously.”

Mayor Lightfoot went on that she doesn’t “want to prejudge it, but I’m looking at the time, like the time it takes for the Gaming Board to to its work – it’s got to speed up.”

Illinois Gov. J. B. Pritzker approved in the summer of 2019 the construction of six full-scale casinos in six cities around the state, including Chicago, as part of a larger gambling expansion reform. However, the Gaming Board, which has the final say on deciding whether a proposed project should be given the green light or not, has made little progress in authorizing four of the bids it has already been presented with.

Only one project has got off the ground – the one for a casino complex in the city of Rockford.

Once the application window opens later on Thursday, developers interested to build Chicago’s casino will have until August 23 to submit their proposals. They will then make public presentations in late September, it became known.

As many as 11 development groups responded to the city’s informal request for information last fall.

Mayor Lightfoot’s office will this fall pick one or several qualified applicants. These will participate in community meetings through the end of the year. The Mayor will also negotiate host community agreements with those developers that make the final cut. The city’s preferred applicant will be selected and announced in early 2022 and will then be put up for approval from a number of city agencies and the City Council.

The preferred developer will then have to apply for a license from the Illinois Gaming Board.

A big unknown remains where the city’s future casino complex will be located. Mayor Lightfoot said that she has her own thoughts about where the best location would be, but would leave it to their preferred operator to pick the site for the gambling venue.

Most of the respondents in the request for information suggested a downtown location. Mayor Lightfoot said this week that the location is not the only thing that is important and that who the operator is and what their track record of success is as well as their vision for Chicago’s future casino and entertainment complex are aspects that are just as important.