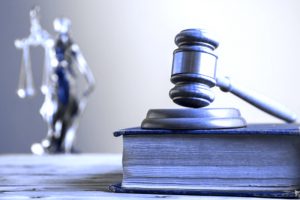 A scheduled Louisiana Senate committee hearing on a bill allowing a Los Angeles company to transfer its Bossier City casino license to St. Tammany Parish, where it wants to build a new gambling venue, was postponed because one of the lawmakers expected to vote yes had a fever.

The Senate Finance Committee was supposed to consider Senate Bill 213, sponsored by Sen. Sharon Hewitt, on Monday. However, observers told local media that Sen. Mike Fesi, who was expected to vote in favor of the bill, was missing.

Sen. Hewitt said that she expects the vote, when it takes place, to be close. The Senate Judiciary Committee narrowly passed her piece in a 4-3 vote last week. Sen. Gary Smith, husband of one of the lobbyists hired to help the bill push through the Legislature, gave the tie-breaking vote to advance the measure out of the Judiciary Committee.

Senate President Page Cortez decided that the SB 213 should also be approved by the Finance Committee before being tabled before the full Senate for a vote. The bill’s main sponsor said that she may have to wait for at least a week before another hearing in the Finance Committee is scheduled.

A twin bill filed in the House by Rep. Mary DuBuisson might also be heard in a House committee sometime next week.

What Does the Piece Call For?

If SB 213 (or its House equivalent) survives all Legislature hurdles, it would enable Los Angeles-based company Pacific Peninsula Entertainment, P2E, to relocate its existing casino license to Slidell, a city on the northeast shore of Lake Pontchartrain in St. Tammany Parish.

P2E previously operated DiamondJacks Casino in Bossier City, which it purchased about six years ago. The company announced in May 2020 that the venue would close permanently, citing the “sudden, unforeseeable market conditions that have resulted from the Covid-19 pandemic.” The riverboat facility was the poorest performing casino in the saturated Shreveport/Bossier City market.

The company now looks to use its vacant casino license to build a $250 million casino in Slidell that would generate hundred of jobs for residents of the area and keep Louisiana gambling money in state as many local gamblers now frequent casinos on the Mississippi Gulf Coast.

If approved, the Slidell casino complex would feature family-oriented attractions like a lazy river and water slide and a resort pool geared toward adult guests, among other amenities.

Sen. Hewitt’s bill would also authorize the St. Tammany Parish to hold a local referendum this coming October to reverse a 1996 public vote against casino expansion. The piece of legislation would further add the planned location for P2E’s proposed casino to the list of approved waterways from a 1991 law that authorized riverboat gambling.

In 2018, Louisiana lawmakers allowed riverboat casinos to move onto dry land, but a new gambling venue is required to be located on an approved waterway.