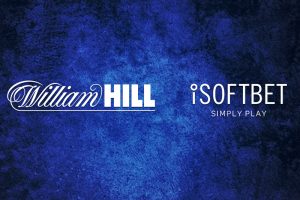 Gambling operator William Hill’s online casino operation has on Thursday gone live with its first game by iGaming content supplier iSoftBet as part of a recent partnership between the two companies.

The deal will see William Hill launch more innovative, player-first content developed by its new partner over the course of 2021 and beyond.

The latest addition to iSoftBet’s Twisted Tales online slot series, Moriarty Megaways, on Thursday, April 29, became exclusively available with William Hill in the UK. The operator’s UK players will have exclusive access to the game over a two-week period before its scheduled industry-wide release on May 18.

Moriarty Megaways, a title inspired by the most famous fictional detective, Sherlock Holmes, and his archnemesis, Professor Moriarty, is the first of many iSoftBet titles that William Hill will add to its casino games portfolio. A progressive content rollout is planned to take place in the coming months.

iSoftBet has been rapidly expanding its Megaways collection of slots and these have proved extremely popular with online casino players from all over the world.

Thrilled to Have William Hill On Board

Of their latest major partnership, iSoftBet Chief Commercial Officer Federica Faggiano said that William Hill is one of the “largest and most significant brands” in the global gaming market and that they are thrilled to have this new renowned partner on board.

Ms. Faggiano went on to say that Moriarty Megaways is the perfect game to kick off their alliance as it is “one of our most sophisticated and innovative slots.” She added that this newly launched online slot provides players with a chance at lucrative wins in one truly immersive gaming environment.

News about iSoftBet’s partnership with William Hill emerge hot on the heels of the supplier’s announcement that it would launch a selection of its proprietary content with leading Baltic operator OlyBet. As part of the deal, the provider will provide its partner’s players in Estonia, Latvia, and Lithuania with access to many of its games.

Earlier this month, iSoftBet announced a similar supply deal with MegaRush, a young online casino that was only launched in October 2020.

It should also be noted that William Hill recently became part of US casino giant Caesars Entertainment, Inc. Caesars’ takeover of the British operator closed last week, a little over six months after originally announced in late September 2020.