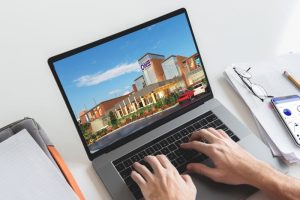 The $600 million ONE Casino + Resort project promoted by media company Urban One and Colonial Downs has been recommended by a special casino advisory panel to move forward for consideration by the Richmond City Council and residents of the Virginia city, news emerged Thursday.

If city leaders approve the proposal, it will then need to be approved by voters in a citywide referendum in November. If it gains a majority of yes votes, the hotel and casino resort will be the first black-owned gambling complex in the country.

Based in Maryland, Urban One is a media conglomerate focused on urban content. The company owns and operates 55 radio stations around the US and the TV One cable network.

Urban One has tabled a joint casino bid in Richmond together with Los Angeles-based developer Peninsula Pacific Entertainment, owner of Colonial Downs and the Rosie’s Gaming Emporium franchise. The latter company is also currently seeking to build a casino in the Louisiana City of Slidell.

Urban One and its partner plan to develop their casino on a 100-acre site on Richmond’s South Side, near Interstate 95. The two companies previously said they would invest $517 million to build the property, but according to the latest information released on their project, they have raised their planned investment to $600 million.

ONE Casino + Resort would feature 100,000 square feet of gaming space occupied by slot machines, table games, and a sportsbook, a 200-room hotel, a 3,000-seat theater, and 12 bars and restaurants, among other amenities.

Commenting on the recommendation of Urban One’s proposal, Mayor Levar Stoney said that the project “presents a tremendous opportunity to develop a resort casino project in Richmond.” The city’s top official went on that this proposed complex “create over 1,000 good paying jobs, generate a significant amount of new revenue for the city, and establish an additional economic engine in South Richmond.”

The recommended bid is set to be tabled before the Richmond City Council this coming Monday. Councilors are expected to vote by June on whether to approve the proposed casino plan and its developer.

If the proposal is backed by Richmond leaders, it will then be put before voters on November 2. If residents of the city give it the nod, it will then need to meet the requirements of the Virginia Lottery.

Richmond is the last of five cities to hold a local referendum on whether its citizens want a casino after the state Legislature last spring passed a sweeping gambling expansion bill that legalized sports betting and allowed for five cash-strapped cities to add casinos and thus create new revenue sources. Voters in Danville, Norfolk, Portsmouth, and Bristol approved their recommended casino projects in November 2020.

Richmond launched a request for proposals in late 2020 and by February of this year received six offers from interested developers. The city’s specially formed nine-member evaluation panel in March culled three of these proposals and in April rejected one more.

At the end, the race was between ONE Casino + Resort and The Cordish Companies of Maryland’s $600 million Live! Casino & Hotel Richmond.