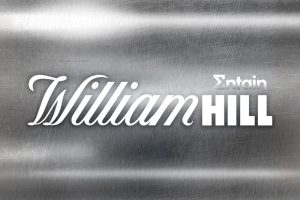 In a recent interview, Entain’s CEO, Jette Nygaard-Andersen, said that they plan to look at William Hill’s UK and European operations and possibly table an offer for these.

The casino operator said that it would focus on growing the bookmaker’s US unit and would sell the rest within 12 months to pay down $2 billion in debt. William Hill’s non-US operations accounted for over 80% of the company’s sales in 2020.

Bidding for the British bookmaker’s assets is expected to kick off within the next two weeks. And Entain is a likely participant in a heated bidding war.

Ms. Nygaard-Andersen, who stepped in as Entain’s top executive this past January, said that they are “looking at everything, so we’re certainly also looking at whether this could be an interesting opportunity.”

The gambling operator itself was an acquisition target late last year and early in 2021. US casino operator MGM Resorts International tabled an offer for Entain in December and raised it to $11 billion in January, but the European firm rejected it as too low.

Entain owns the Ladbrokes and Coral brands in the UK, which combined manage the nation’s largest chain of betting shops. William Hill itself operates thousands of retail wagering locations around the UK and the acquisition of these would increase Entain’s current 40% share in the nation’s retail market significantly.

However, a deal of this kind could face heavy scrutiny and ultimate ban from UK competition authorities.

Entain is not the only company to have recently expressed interest in bidding for a portion of William Hill’s business.

Last October, Itai Pazner, the CEO of online gambling operator 888 Holdings, said they were potentially interested in the legacy bookmaker. It is unknown whether the company maintains this position more than six months later.

US private equity giant Apollo Global Management, which lost out to Caesars on the acquisition of William Hill, has too said it was interested in buying at least some of the company. Many believe it is the front-runner in the race for the bookmaker’s non-US assets.

William Hill is not the only acquisition target Entain has been eyeing recently. Late last month, the company made a revised A$3.5 billion offer for Australian gambling operator Tabcorp’s wagering and media arm.

It was in April again when Entain purchased Swedish online casino and betting group Enlabs, which boasts a significant presence in the Baltic region.

Source: Ladbrokes Parent Goes From Prey to Hunter in Casino-Merger Boom, Bloomberg, May 19, 2021