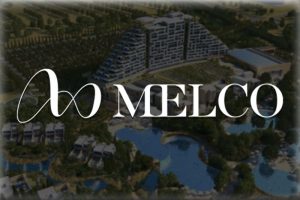 Hong Kong-listed casino resort operator Melco Resorts & Entertainment is set to launch a casino dealer school in the Republic of Cyprus where its €500 million City of Dreams Mediterranean property is currently taking shape.

Melco owns 75% of the luxury resort’s developer, ICR Cyprus. And ICR Cyprus in turn owns Cyprus Casinos, the operator of a temporary casino in Limassol not far from the City of Dreams site as well as of three satellite casinos in the Cypriot cities of Nicosia, Ayia Napa, and Paphos.

The company has also revealed plans to launch its dealer school in the summer. The initiative will aim at fully training attendees to deal at the future casino, which – along with the entire resort – is slated to open doors in the summer of 2022.

Commenting on their hiring event, Melco Cyprus Vice President, Human Resources Emilios Rotsides said that they focus on choosing “the best talent to serve our customers” and provide standards of service that are second to none. The official went on that they are committed to “offering world-class quality training and talent nurturing opportunities” for both professional and personal growth.

Mr. Rotsides further noted that their global philosophy is “we hire on attitude, image, and potential and we train on skills” and elaborated that to this end, they focus on developing their colleagues’ skills, “building on their competences to enhance performance, delivering value and personal growth while offering competitive remuneration and benefits packages.”

Melco said it expects to increase its Cyprus workforce from 700 to 1,500 staff members in the coming months. Eventually, City of Dreams Mediterranean will employ over 2,500 people when it opens doors.

The property was expected to be launched in late 2021, but the coronavirus outbreak and state-mandated measures aiming to curb its spread around the tiny Mediterranean island nation caused delays in construction.

Melco officials confirmed last month that they now target summer 2022 grand opening. The luxury resort will feature a 14-story, five-star hotel with more than 500 rooms and suites, a casino with slot machines and table games, around 10,000 square meters of conference and exhibition space, an outdoor amphitheater, fine dining, retail outlets, and an adventure park, among other amenities.

It was in May again when Melco and its local subsidiary were allowed to finally reopen the temporary casino in Limassol, which will remain operational until the main resort is launched, as well as the three satellite casinos after a six-month closure.