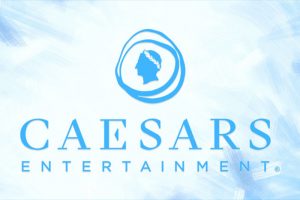 Under the terms of this recent agreement, Caesars will build and operate a Harrah’s branded casino and racetrack in Columbus.

Established in 2013, CER is a Columbus-based non-profit entity that is “dedicated to the future of horse racing” in the region and in Nebraska, as a whole. It has now selected Caesars as its partner to further venture into the state’s expanded gaming and racing market.

The initiatives did not explicitly include sports betting, but Gov. Pete Ricketts in May signed a measure that authorized that practice, too. This basically means that the state’s six commercial horse racing tracks can now conduct Las Vegas-style gaming and wagering activities, along with races.

Members of CER’s board have been operating Live Racing and Simulcasting at Ag Park in Nebraska since 2013.

The new Harrah’s property will be located right off Highway 81 in Columbus. It is planned to feature a new one-mile horse racing surface, a 40,000-square-foot casino with over 400 slot machines, 20 table games, and a sportsbook.

The new complex is expected to cost $75 million to build and to be complete by late 2022.

Commenting on their partnership with Caesars, CER Managing Director Tom Jackson said that they are excited to welcome the Harrah’s brand to Nebraska and that when looking for a suitable casino operator partner, “Harrah’s brand recognition and established code of commitment to its employees, customers and the communities in which they operate proved an easy selection.”

Mr. Jackson went on to say that as they work to create a new entertainment destination for the Midwest, their alliance with Caesars will be an important “economic driver and job creator” for Columbus and the surrounding areas and would also further reinforce CER’s commitment to “the hardworking people involved in the Nebraska horse racing industry.”

Caesars CEO Tom Reeg said that when Nebraska authorized casino and sports betting activities at its racetracks, they knew that “our experience in the casino industry combined with our commitment to horse racing made Harrah’s a perfect fit.”

Mr. Reeg added that they are now looking forward to creating “an all-new Harrah’s experience in Columbus” and connecting that property to their Caesars Rewards across the country.

Caesars’ Racing SVP, Joe Morris, said that they are thrilled to be given the opportunity to transform Columbus’ horse racing industry and that being able to build a new first-class track at a Caesars-owned property demonstrates their commitment to the racing industry and their intent to “carry on the area’s storied racing tradition.”