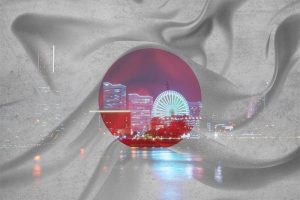 Yokohama’s new mayor has delivered on his election promise to pull the city from Japan’s casino race that will see the central government issue up to three licenses for integrated resorts with gaming floors and other amenities.

Mayor Takeharu Yamanaka was elected on August 22 beating off casino supporter Fumiko Hayashi who was running for her fourth four-year term at the helm of the country’s second most populous city.

Mr. Yamanaka said Friday during his first policy speech as a mayor that Yokohama was no longer interested in participating in the casino license bidding process due to concerns about gambling addiction and the impact of a gambling venue on public safety.

The city has thus halted immediately all efforts to win the right to host an integrated casino resort. Mayor Yamanaka further said that Yokohama’s integrated promotion office would be disbanded early next month. The office was formed in October 2019 to promote a casino initiative heavily supported by his predecessor.

Yokohama’s former mayor announced that the city would be pursuing a casino license in August 2019. That announcement attracted the attention of a host of international gaming and hospitality giants which all saw great potential in the city as a host to a mega-resort with a casino, hotels, food and beverage amenities, and multiple tourism attractions.

The likes of Melco Resorts & Entertainment, Las Vegas Sands, Wynn Resorts, and Genting Singapore all expressed interest in partnering with the government of Yokohama and jointly bidding for the right to develop a casino resort.

Listening to the Voices of Casino Opponents

Mayor Yamanaka said Friday that “in response to the voices of citizens opposed to the integrated resort project, I hereby declare the withdrawal of the bid.”

The city had previously earmarked JPY400 million (approx. $3.6 million) to finance its effort to promote the establishment of a casino resort within city limits. Yamashita Pier was pitched as the potential site for the resort.

Yokohama dropping from the race comes at a time when the process is at a standstill due to Covid-forced delays and decreasing interest from major international casino operators. The government plans to select up to three partnerships between a Japanese city/prefecture and an interested developer between October 2021 and April 2022. It is still unknown when the country will open its first casino properties.

With Yokohama now out of the picture, the City and Prefecture of Osaka, the Wakayama Prefecture, and the Nagasaki Prefecture are believed to be the main contenders.

Las Vegas-based casino powerhouse MGM Resorts International has teamed up with Japanese company Orix Corp. to jointly bid to build a $9.1 billion resort in Osaka. A consortium led by Canada’s Clairvest Neem Ventures has been picked as Wakayama’s preferred casino developer, while Nagasaki has chosen to team up with Casinos Austria.