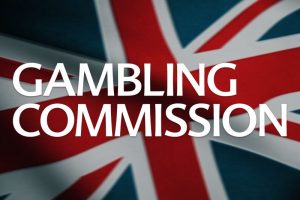 EU Lotto, the operator of Lottoland’s UK-facing website, has been slapped with a £760,000 fine by the UK Gambling Commission over a series of social responsibility and money laundering failings.

The operator is also set to undergo extensive independent auditing after the regulatory agency spotted deficiencies in its responsible gambling and anti-money laundering controls.

EU Lotto further received a formal warning for its failures which all occurred between October 2019 and November 2020.

The Lottoland operator’s social responsibility violations included failing to consider customers frequently changing their deposit limits as markers of harm and failing to conduct financial and affordability assessments to determine whether a customer was being harmed or at risk of being harmed.

The UK-licensed operator was further scolded by the Gambling Commission for customer interactions that predominantly consisted of an email being sent to players detailing the responsible gambling tools available without requiring a customer response.

The regulator said that it could find little evidence of interactions with customers being adapted to the extent of potential harm.

Based in Gibraltar, Lottoland is an online gambling brand that is best known for offering online bets on the results of a number of international lottery draws.

As part of a probe into Lottoland’s activities, the Gambling Commission also identified a series of anti-money laundering deficiencies by the online gambling brand, including failure to effectively review and analyze bank statements provided by players to prove address.

In a message on its site announcing the latest penalty it has issued, the UK regulator further noted that EU Lotto failed to restrict customer accounts following source of funds requests and that it allowed players to register other people’s debit cards to their account.

The operator was further scolded for “relying too heavily on ineffective threshold triggers” failing to provide adequate information on how much a bettor should be allowed to gamble based on their income, wealth, or any other risk factors.

Of the EU Lotto penalty, Gambling Commission Executive Director Helen Venn said that this case, similarly to other recent enforcement actions taken against erring operators, was the result of planned compliance activity.

Ms. Venn further stated that all their licensees “should be very aware that we will not hesitate to take firm action against those who fail to meet the high standards we expect for consumers in Britain.”

Of their fine in the UK, Lottoland CEO Nigel Birrell said that they are fully committed to ensuring the highest standards when it comes to compliance, including AML and social responsibility obligations, in all jurisdictions that it operates in.

Mr. Birrell further explained that their penalty was related to “legacy issues” around some of their compliance controls and that these issues have been addressed. He also noted that they have significantly increased investment in compliance, more than doubled their compliance headcount, and undertaken a host of initiatives such as bringing third-party support, enhancing training, and launching a review into key policies.