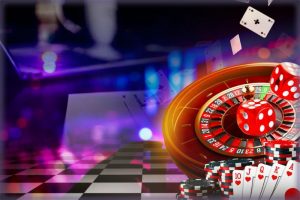 The Indiana Gaming Commission is set to announce the preferred developer of a casino in Terre Haute, Vigo County on November 17.

The date was announced by the regulator’s Executive Director, Greg Small, at a Wednesday meeting.

Mr. Small said during the scheduled meeting that receiving four applications for the vacant Vigo County casino license guarantees a competitive process which they think “will be to great benefit of both the state and the local community”, specifically given the fact that four well-known and experienced companies are vying for the right to build a gaming complex in the area.

The application process was launched in late June after the Gaming Commission denied renewal to the previous holder of the license, Lucy Luck Gaming. The regulator said that it had opted not to renew the license because the company had failed to hire an executive team to run its proposed casino and to secure full financing for the property.

Lucy Luck had partnered with Hard Rock to build a Rocksino in Terre Haute. The former company would have been responsible for the facility’s day-to-day operations, while the latter would have provided the branding.

The complex is planned to be built at the same site in Terre Haute that Lucy Luck had proposed to develop its own property.

Full House Resorts’ planned casino would be named American Place. The company wants to invest $250 million into developing a gaming facility with 1,000 slot machines, 50 table games, and a sportsbook as well as a unique half-circle hotel with 100 rooms and greenhouse restaurants.

Full House Resorts has also told the Indiana Gaming Commission that it would seek permission to open a temporary gaming location that would remain operational until the main resort opens doors.

Churchill Downs has proposed to build a resort that would “reflect the unique heritage of Vigo County and the surrounding region.” The Queen of Terre Haute, as the property would be called, would feature a casino with 1,000 slot machines, 50 table games, a TwinSpires sportsbook, a 125-room luxury hotel, and a 500-seat entertainment venue.

Terre Haute Entertainment and Premier Gaming are seeking permission to build a complex that would include a casino with 800 slot machines and 20 table games, a sports-themed full-service sportsbook restaurant, a fine dining restaurant, a café restaurant, a covered rooftop bar, and a feature bar on the gaming floor with bar-top games.